“I’m out across the state listening to the concerns of residents and communities, campaigning for Labor policies and holding the NSW Liberal National Government to account” — Adam Searle MLC 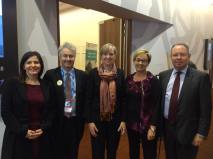 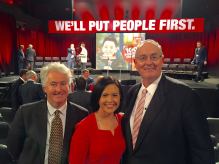 The NSW Labor shadow cabinet visit to Goat Island – known traditionally as Me-mel – to celebrate the news that Labor’s policy to return the land to the Aboriginal people of NSW has been adopted.

In Coonamble (Barwon) listening to local farmers and residents about the proposed Santos Narrabri CSG project near the Pillaga Forest and the associated Western Slopes pipeline which will negatively impact local communities.

Adam Searle with Labor Leader Luke Foley and Shadow Minister for the Environment Penny Sharpe, meeting with local property owners and farmers on the Liverpool Plains near Breeza to call on the NSW Government to shut down Shenhua’s Watermark open cut mine.

Adam took NSW Labor’s campaign for a fair price for solar energy to the streets outside Parliament. The Berejiklian Government is seeking to punish solar households for saving consumers over $2 billion off their energy bills. Only Labor will ensure solar households get s fair price for making a significant contribution to our shared energy needs. (May 2018)

Adam Searle with Labor Leader Luke Foley and Shadow Minister for the Environment Penny Sharpe at a community meeting in Breeza to hear from local property owners, farmers, community stakeholders and representatives of the local Indigenous community about the damaging effect the open cut mine will have on the Liverpool Plains. 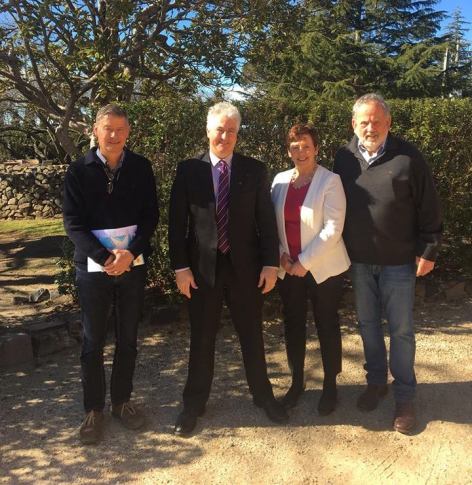 In the Southern Highlands with Ursula Stephens, meeting with Wingecarribee Council and community organisations about infrastructure planning. 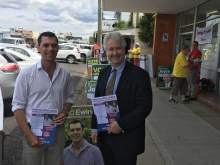 Adam with Country Labor’s David Ewings, talking with local residents about their skyrocketing electricity bills. The Liberals and Nationals have done everything to make household and small business power bills as expensive as possible. The only winners from privatisation and deregulation are the big power companies. Only Labor has a positive plan to make energy affordable and secure: https://adamsearle.org/hot-topics/rising-power-prices/ 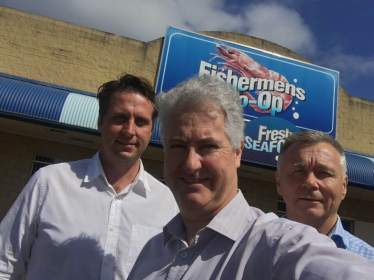 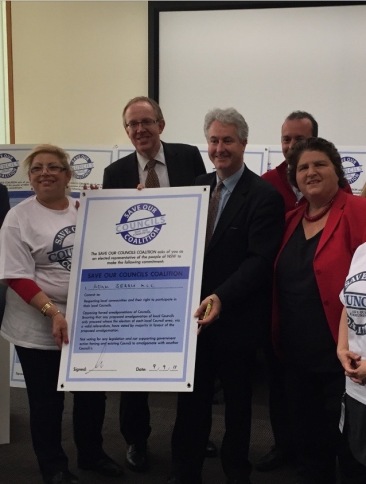 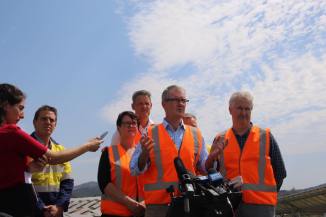 At Williamsdale Solar Farm announcing Labor’s Clean Energy Plan to turbocharge the energy market in NSW. It will lead to cleaner and more secure energy, and ultimately deliver lower power prices for households. 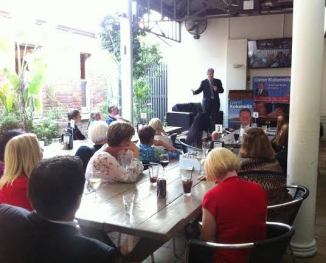 Speaking with community members in Kiama with Labor’s Glenn Kolomeitz.

Highlighting the schools maintenance cost blowout under the Liberals at Katoomba High School with Trish Doyle MP and local families.

Welcoming to NSW Parliament, the visiting delegation to commemorate the 75th anniversary of the Battle of Crete – with Sophie Cotsis MLC, Courtney Houssos MLC and Steve Kamper MP.

In Wollondilly with Country Labor’s Jo-Ann Davidson, taking with local residents and business operators about the impact of high electricity bills as well as possible solutions.

Meeting with local students from the School Strike 4 Climate group, taking part in the September 2019 global #ClimateStrike – a movement made up of young people and students across the world demanding real action on climate change.

With a number of NSW Labor Caucus colleagues who have also signed the pledge to protect ageing, disability and home care services in NSW.

With Michael Daley and Penny Sharpe at the Williamsdale Solar Farm to announce Labor’s Clean Energy Plan to turbocharge the energy market in NSW.

Doorknocking in the Wollongong electorate with Labor MP Paul Scully. 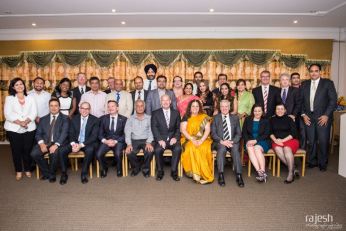 With my good friend – Oatley Labor’s hardworking, Lucy Mannering – at NSW Labor’s Volunteer Launch ahead of the 2019 State election.

NSW Labor StateConference 2016: Adam addressed the NSW ALP State Conference in the “Prosperity At Work” debate, reaffirming the NSW Parliamentary Party’s support for measures to address gender inequality in the workplace – whether in the public or private sectors – higher standards of safety for working people, and a fair and industrial independent umpire. 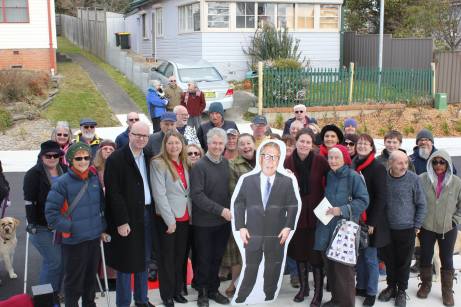 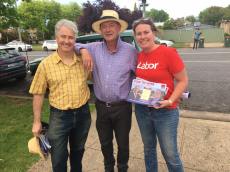 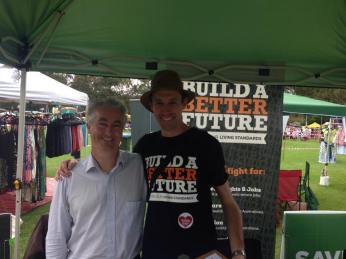 Australia Day 2016, in Glenbrook speaking with the grassroots community volunteers working in the ACTU campaign in the federal electorate of Macquarie. 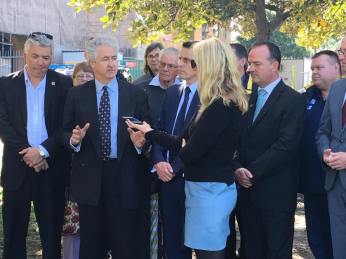 Speaking to media: the NSW Legislative Council passes a Bill calling for the NSW Government to use at least 90% Australian steel in all projects by and for State and Local Government agencies.

At Springwood Town Centre, joining concerned members of the community in the federal electorates of Macquarie and Lindsay in signing a letter in support of protecting penalty rates. 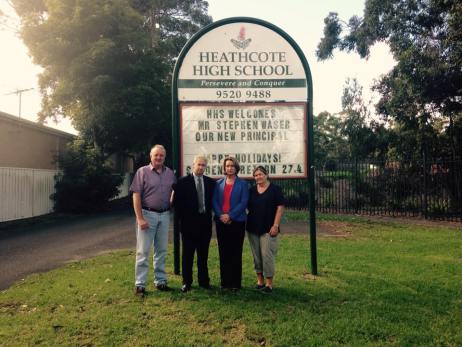 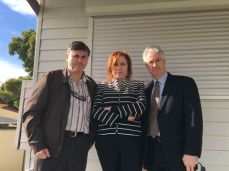 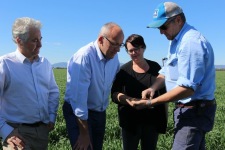 On the Liverpool Plains talking with local property owners and farmers about the damaging effect the Watermark open cut mine will have on the Plains. 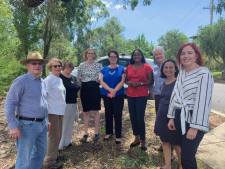 At Northmead, announcing NSW Labor’s Solar Homes Policy to support 500,000 households to install roof top solar and help reduce their electricity bills over the next 10 years. This program will take NSW to over a million solar homes.

Addressing the Smart Energy Summit in Sydney on the theme of ‘Helping Businesses Cut their Power Bills and Emissions with Smart Energy’.

Adam in Tweed with Country Labor’s Craig Elliot, talking with local residents and small business operators who have been hit with massive increases in electricity costs over the past few years.

Speaking to local radio in Goulburn 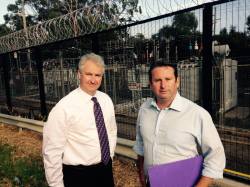 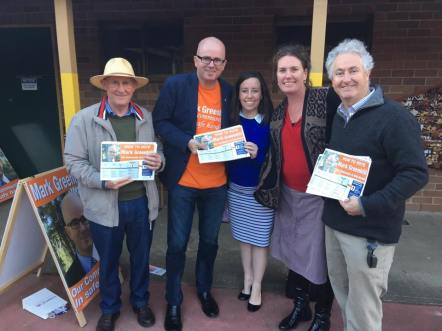 Adam speaking at a public rally in Orange calling for the Liberal-National Government to amend its cruel changes to the NSW workers compensation scheme. 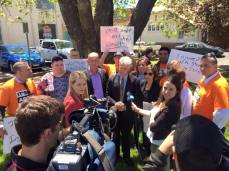 Speaking to the media at a public rally calling for the Liberal-National Government to amend its cruel changes to the NSW workers compensation scheme.

Adam Searle in Singleton talking about Labor’s commitment to maximise permanent local employment in the coal mining industry in NSW, by limiting the use of contractors, casuals and labour hire at coal mines and ensuring 80% of workforces are directly employed.

Adam Searle with Labor Leader Luke Foley and Shadow Minister for the Environment Penny Sharpe at the Liverpool Plains to demand the NSW Government cancel the Shenhua Watermark open cut mine. 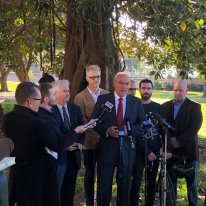 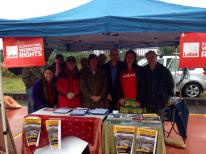 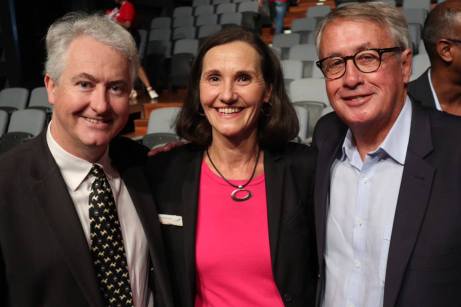 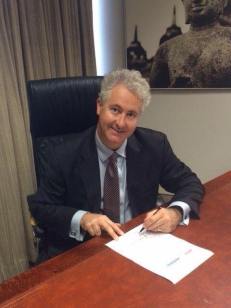 At Northmead, announcing NSW Labor’s Solar Homes Policy to support 500,000 households to install roof top solar and help reduce their electricity bills over the next 10 years. This program will take NSW to over a million solar homes. 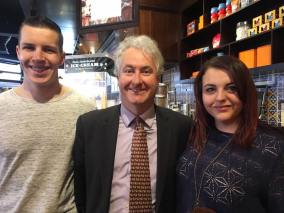 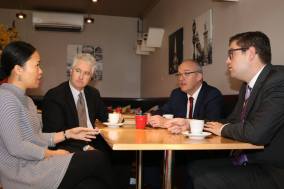 Adam with NSW Labor leader Luke Foley and Ryde Labor’s Jerome Laxale visiting small business owner Quynh at her café in Marsfield to discuss the increasing electricity prices and cost of living pressures at home and at work.

“There is no Planet B”: Supporting Sydney youth’s participation in the Global #ClimateStrike 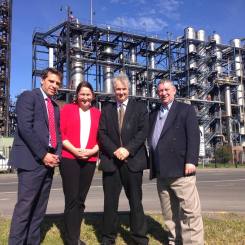 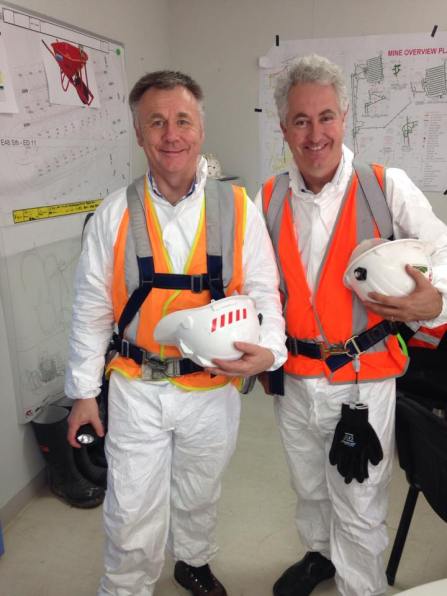 At Northparkes copper and gold mine outside Parkes, with Mick Veitch MLC.

Out the front of Parliament House with Penny Sharpe MLC – standing with the Knitting Nannas and recommitting NSW Labor to putting the safety of our precious land and water ahead of coal seam gas. NSW Labor opposes the Santos Narrabri CSG proposal. November 2018 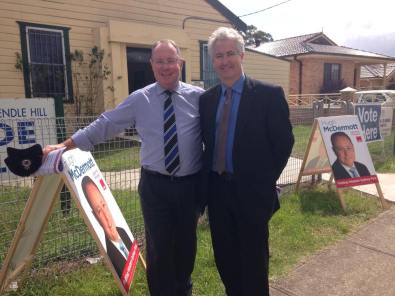 At Cranebrook High with Prue Car MP and Emma Husar MP to expose the $1.6 million maintenance bill backlog at this school under the Liberals. 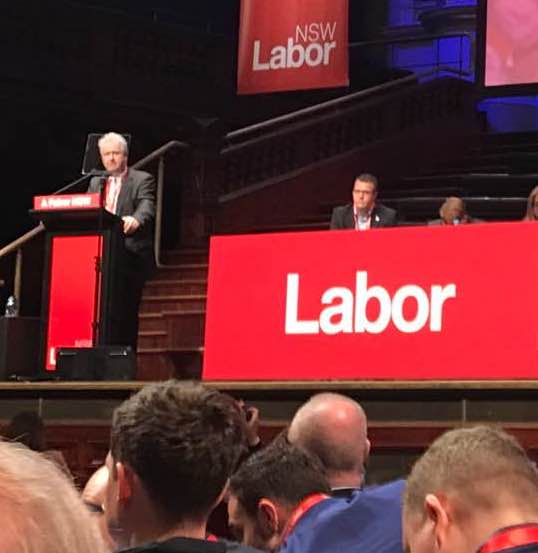 At the NSW Labor State Conference 2018: Adam announced that a Labor Government elected in March 2019 would enact new laws to punish workplace deaths. Everyone has the right to return home safe from work, but we are still losing too many to deaths occurring in the workplace.